In working with couples and in navigating my own love life with all its heart swells and perils, I’ve found that conflicts between romantic partners are some of the most painful encounters we experience as adults. Hardly anything can derail our days or our lives more than being out of synch and in discord with our significant other.

Dr. Sue Johnson, the creator of Emotionally Focused Therapy (EFT) wisely declares, “Conflict in romantic relationships is 90% protest at emotional disconnection.” Over the past 25 years, she’s pioneered EFT as an empirically backed method of assisting couples based on adult attachment theory – the theory that the attachment needs we are all born with do not go away just because we grow old enough to “take care of ourselves.” Rather, we continue to need emotional connection and responsiveness throughout our lives, primarily from our significant other.

When I work with couples, I’ve taken to calling it the “Iceberg of Disconnection” – the ability we have as couples to hyper-focus on the tip-top jutting out of the water and then continue bumping up against each other due to failure to note the fuller berg below. No blog post could possibly summarize the complexity of EFT or how to create deeply secure attachments. However, I will share my go-to approach based on EFT principles for how to dive below and potentially reconnect with your partner when the protests of disconnection arise.

Often when one member of a couple is nagging or yelling it is an attempt to say, “I feel your distance, please reconnect with me!” And when the other person is cold or withdrawn, it is a way of saying, “I am also upset about our disconnection and simply don’t know what to do.” The only way to move past your original disconnect is to be brave enough to name and share your deepest emotional truths with each other.

If you lack the language to speak about your truths or are uncertain about how to respond to your partner, please read Dr. Johnson’s book “Hold Me Tight” and consider the additional assistance of a couples therapist to help you create a deeply sustaining connection. 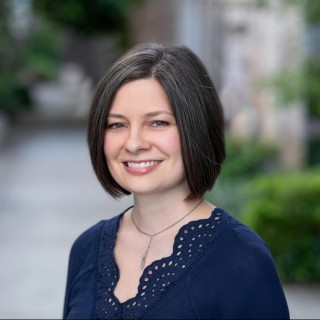 “Earth Meets Sky, with Pie” is for informational purposes only and is not a substitute for mental health diagnosis or treatment. If you are interested in learning more about Amanda’s work as a clinician, you may visit her website at www.TherapyWithAmanda.com.